MFA offers our artist members the opportunity to exhibit at local restaurants around Annapolis. Currently, we work with Paul’s Homewood Café, a restaurant blending Chesapeake staples with traditional Mediterranean cuisine.

James Earl was born in Omaha, Nebraska. After graduating from Omaha Central High School in 1949, he attended MIT where he earned BS and PHD degrees in Physics. Later, Dr. Earl taught at the University of Maryland. Here, in 1982, he earned an undergraduate degree in studio art, with a focus on printmaking. Earl’s silkscreens, etchings, paintings and drawings have appeared in many shows at Maryland Hall, the Mitchell Gallery at St. Johns College, Maryland Federation of Art’s Circle Gallery, and several other Annapolis venues. Earl’s artworks were featured in one-person shows in 2010 at the Nutt room of St. John’s College Library and in 2020 at the Foundry Gallery in Washington DC.

Rae Hamilton works almost exclusively in oil paints, but in a variety of genres, including landscapes, waterscapes, animals, and still life. He received his formal training at the American University and the Zoll Studio School of Fine Art, but says he is grateful to the Impressionists, pre-Impressionist masters, and modern realists who have greatly influenced his work. “In the end, however,” says Hamilton, “it is the constant struggle to produce works of art that results in the most growth. Learning to represent three-dimensional life on a two-dimensional surface, and to capture how light transforms a given subject, is a challenge that can best be met through careful study and devoted practice.”

Hamilton’s work is held in private collections across the country. He is currently represented by Gallery 50 in Rehoboth, Delaware, the Highlandtown Gallery in Baltimore, the Trumpeter Swan Gallery in Easton, Maryland, the Art Frame Print at Gallery 22 in Aberdeen, Maryland, and the Hereford Antiques Emporium in Parkton, Maryland. He also shows his work periodically at the Schuler School of Fine Arts, and the Crystal Moll Gallery, both in Baltimore. Hamilton has previously been represented by the Venable Neslage Gallery in Washington, D.C. the Christine Daniels Gallery in Easton, the D&K Gallery in Monkton, Maryland, the Prince Royal Gallery and the Gallery Julian in Alexandria, Virginia, and the historic Rock Creek Park Gallery in Washington, D.C.

Hamilton’s work has been juried into several shows sponsored by Maryland Federation of Art. His painting “River in Spring,” was included in The Best of America Show, 2016, sponsored by the National Oil & Acrylic Painters’ Society (NOAPS). Since then, his work has been included in a number of NOAPS exhibitions. His painting, “Legacy,” of a mare and her foal, won a Blue Ribbon, Special Award, and the President’s Award in the professional category at the 2016 Maryland State Fair. The painting also received the Best in Show Award, presented by Plaza Art. He won several other ribbons at recent state fairs. 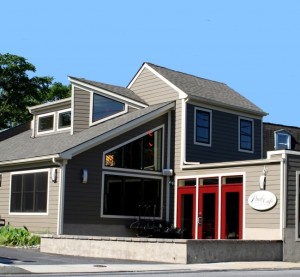