This exhibition is open to all MFA members working in any original 2-D or 3-D artwork in any media. Works selected by the juror will be on exhibit from July 16 – August 8, 2020.

All accepted work will be exhibited in MFA’s online sales gallery. If the gallery location is able to open, MFA will hang the work received from those artists who are able to deliver their work. No accepted artist will be required to deliver work to participate in the online exhibition.

Patrick M. Craig currently teaches painting and drawing at the University of Maryland. His gallery representations have included Gallery Plan B and Gallery K, Washington D.C., Gallery B.A.I. in New York City and in Barcelona, Spain, along with Gallery ARS LONGA in Milanowek, Poland. His artworks reside in numerous collections such as The Sidney and Francis Lewis Collection, the Washington Convention Center, George Mason University and George Washington University, along with the corporate collections of IBM, KPMG, Sallie Mae, The Artery Corporation and The Washington Post. He has been featured in exhibitions at galleries, museums and art centers throughout the U.S., including the Corcoran Gallery of Art, the Chrysler Museum, St. Lawrence University, Marin MOCA and others. He also exhibited internationally in Poland, Brussels, West Germany, Ukraine, Italy, Japan, Spain, The Soviet Union, and the United Arab Emerites. Notable among these are the Forum Artis Museum – Montese Contemporary Art, Modena,

Italy, the Saitama Museum of Contemporary Art in Japan, and the Washington/Moscow Artists Exchange at the Tretyakov Museum in Moscow whereupon he traveled as a featured artist. He also traveled as an invited artist to the United Arab Emerites’ first group exhibition of American art at the Sharjah Museum. Craig garnered favorable reviews in many publications, including Art News,New Art Examiner, Washingtonian magazine, and The Cincinnati Inquirer. In addition, His recent solo show at the Portico gallery, titled Relief, captured a favorable review in the The Washington Post. He received several fellowships including the Lilly Fellowship for Teaching Excellence and the Maryland State Arts Council Individual Artist Award in 1989, 1992, 1997, and 2000.

*Cash awards total $500 and are determined by the juror. Award contributors and recipients will be listed in the exhibition catalog.

All entrants will receive notice by email. The notice to accepted artists will include specific details and could vary from prospectus. A list of accepted artists and artwork will also be posted on MFA’s website. Please set your email account to recognize this address: info@mdfedart.org. Contact gallery if you do not receive notice.

NOTE: Should Circle Gallery or any other exhibition space be closed for reasons beyond our control, MFA reserves the right to move a planned physical exhibit to our online gallery. Please mark your calendar – all entrants will receive notice by email. The notice to accepted artists will include specific details and may vary from prospectus. A list of accepted artists and artwork will also be posted on MFA’s website. Please set your email account to recognize this address: info@mdfedart.org. It is important to check website/check spam folder if you do not receive notice.

Apr. 14 Online entry open for submissions.
May 11 Deadline for entries.
June 18 All entrants notified by email. Check MFA website or contact MFA if you do not receive notice.
July 8-12 Shipped work must arrive at MFA’s Circle Gallery, 18 State Circle, Annapolis MD 21401. Work can be dropped off as early as the 14th. Please read the information in the Prospectus on how to ship your piece.
July 16 First day of exhibition.
July 26 Reception, 3-5 p.m. Awards presented at 4:00 p.m.
Aug. 9-10 Pick up artwork, 11 a.m.-5 p.m. (no early pick up for any reason) There is a $10 fee for any late pickup.
By Aug. 11 Shipped work will be sent.

All work will be handled with all possible care, but pieces submitted for exhibition are at the artist’s risk. In the event of damage or theft, the MFA will not be held liable. If insurance is desired, the artist must carry it. 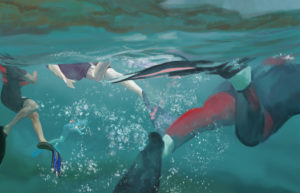