A hundred years ago, women in the US got the right to vote. A hundred years and what has changed? This exhibition invites artists of any gender and working in any media to share their experiences about what it means to be a woman living in the 21st century, to celebrate the achievements and bring light to the future. MFA (Maryland Federation of Art) invites all artists residing in the United States, Puerto Rico, Canada and Mexico to enter their original 2-D or 3-D work for considereration by the juror. Works selected will be exhibited in MFA’s Circle Gallery from June 11 to July 11, 2020. Show chair is Kass McGowan.

Click this icon to view and print the downloadable catalogue.

Dr. Doreen Bolger retired in 2015 after seventeen years as Director of The Baltimore Museum of Art, which is recognized nationally and internationally as a center for 19th-century, modern, and contemporary art. There she redefined the Museum’s artistic focus, placing greater emphasis on its world-class collection, initiating major traveling exhibitions, expanding educational programs, and eliminating general admission fees. She was previously the Director of the Rhode Island School of Design Museum and a curator of American Art at The Metropolitan Museum of Art, NY, and the Amon Carter Museum, Fort Worth, TX. An ardent supporter of Maryland artists, she currently serves on the Boards of such Baltimore-based organizations as the Creative Alliance, Maryland Citizens for the Arts, and Charles Street Development Corporation.

2020, the one hundredth anniversary of American women winning the right to vote and declared by many to be the Year of the Woman, has prompted Maryland Federation of the Arts to mount this exhibition, #WOMAN. Artists from across the nation, men as well as women, were invited to submit work that reflected on a basic question: what does it mean to be a woman in the twenty-first century? Implied here, of course, is a second question: how have things changed (or not) for American women over the past one hundred years?

The artists featured here have portrayed women in a broad range of activities—domestic and out in society, alone and socially in interaction with others. Whether representational or abstract, their engaging work captures brief moments that might interpreted as statements on the place of women in our time. For me, especially as we are viewing these works in the wake of the current public health crisis, I find the artists’ subjects and their treatment generally uplifting and positive. Women, often shown with others present or implied, are represented as caring and supportive, confident and self-assertive. As viewers, we are prompted to recall female family and friends whose warmth, consistency, and conviction made a difference for us and for the world. Of course, we need to remember that even in 2020, there are still obstacles encountered by women, personally and professionally, particularly women of color. This may be why I often say let’s skip the Year of the Woman and dedicate the entire next century to reaching equity and recognition for women, all women, so many of whose potential is still being passed over or inadequately recognized in contemporary society.

*Award contributors and recipients will also be listed in the exhibition catalog.

Feb. 27 Online entry open for submissions
Apr. 24 Deadline for entries.
May 14 All entrants are notified by email and online posting. It is important to check website if you do not receive notice .
June 11 11- 5pm. First day of exhibition.
Virtual Reception June 20th, 5pm – 6pm
July 11 Last day of exhibition. 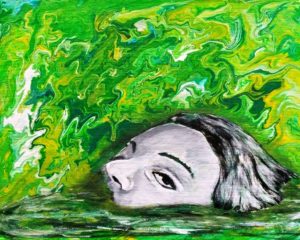